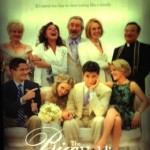 Don (Robert De Niro) and Ellie (Diane Keaton) were married for 20 years before they got divorced.  They have three children, Layla (Katherine Heigl), Jarod (Topher Grace) and Alejandro (Ben Barnes), an adopted son from Colombia.

Ben and his fiancée, Missy (Amanda Seyfried) are getting married and when Father Monighan (Robin Williams) reminds them that the Catholic Church does not recognise divorce, Ben becomes very worried as he never told his mother, a devout Catholic, that Don and Ellie are divorced.  What makes matters worse is that Don and Bebe (Susan Sarandon) are not married and have been living together for years.

As Ben’s mother, Madonna Soto (Patricia Rae) will be attending the wedding, he asks that Don and Ellie pretend to still be married.  This angers Bebe who moves out.

As the plot unravels, there are a lot more twists and turns for the viewers to enjoy.

I rate this as one of the funniest movies that I’ve watched this year. 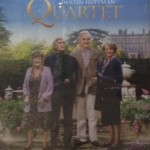 Three members of the famous Rigoletto Quartet, Reg, Wilf and Cissy all reside at the home, which is in financial trouble.  The residents are arranging a concert in order to raise funds to keep it going.  The news soon gets out that another retired musician will be joining them and it is none other than Jean Horton, the missing Soprano from the Quartet and Reg’s ex-wife.  Reg is furious about her arrival as he was never consulted and as they parted on bad terms, would have opposed her living there.

With the Quartet now being reunited, there is great excitement about the possibility of them performing together again, despite a few obstacles that they have to overcome.

The performances by Billy Connolly and Dame Maggie Smith in particular were excellent.

A thoroughly enjoyable and must see movie. 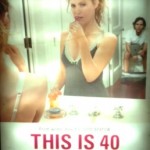 Debbie (Leslie Mann) and Pete (Paul Rudd) are married and have two children, Sadie (13) and Charlotte (8).

Debbie owns a boutique and Pete co-owns a record label, which is in financial trouble.  They are appearing to be going different ways until Debbie decides to work on the marriage, family and become more connected with her parents.  Pete also has to deal with his Dad who is forever lending money from him and never paying it back.

The movie goes from pillar to post and unfortunately for longer than it should. The message that Director, Judd Apatow is trying to get across is a good one, but unfortunately the language used is a true reflection of “Your children will not do what you say, but do what you do”.

The Sessions (originally called “The Surrogate”) is a movie based on an article by Mark O’Brien called “On seeing a Sex Surrogate”. O’Brien (John Hawkes), who is forced to live in an iron lung due to complications from polio, falls in … Continue reading →

Former U.S. Army Ranger, Mike Banning (Gerard Butler) was the lead Secret Service agent for the Presidential Detail until an unfortunate accident claimed the life of the President’s wife (Ashley Judd).  Eighteen months later, he is working at the Treasury … Continue reading → 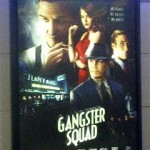 This movie was inspired by true life events.

Mickey Cohen (Sean Penn) was one of the most powerful figures in the criminal underground in America during the 1940s and 1950s.  Already having conquered a number of cities, he then set his sights on Los Angeles.  Being a smart criminal and having key figures within the justice system on his payroll, he became untouchable.  When Sergeant John O’Mara (Josh Brolin) saved a young girl from Cohen’s thugs, he was approached by Chief Bill Parker (Nick Nolte) to wage war on Cohen.  With the help of his reluctant and pregnant wife, he recruited fellow officers to help him form the “Gangster Squad”.  A fellow Sergeant, Jerry Wooters (Ryan Gosling) initially turns down the offer, but after falling for Cohen’s girlfriend, Grace Faraday (Emma Stone) and witnessing an innocent boy whom he knew, being killed during one of Cohen’s operations, he decides to join the squad. 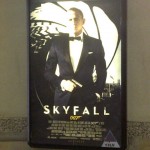 In the latest edition of the Bond movies, Daniel Craig portrays James Bond who is investigating an attack on MI6 by former operative Raoul Silva (played by an almost unrecognisable Javier Bardem), who is not only targeting MI6, but also M (Judi Dench).  Being a James Bond movie, there is lots of action, a fast car, not as many gadgets as in the previous ones and of course the Bond girls.  The difference between Skyfall and the previous editions is that this one revolves around his devotion to M and not to the Bond girls.

Dame Judi Dench announced that this edition would be her final Bond performance.  At 78 and a long and illustrious career, she will be sadly missed as she has made this role her own. 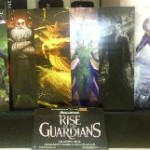 This animated movie based on William Joyce’s book called “The Guardians of Childhood” and “The Man in the Moon” short film by Joyce and Reel FX tells the story about the Guardians (Santa Clause, the Tooth Fairy, the Easter Bunny and the Sandman), who enlist Jack Frost to help them stop Pitch from engulfing the world in darkness.

I am continued to be amazed at how the animated movies have improved over the years and in saying so, this movie was nominated for a Golden Globe Award for Best Animated Feature Film.

Scott Voss (Kevin James) is a former collegiate wrestler who now teaches Biology, if you could call sitting at his desk with a newspaper over his face and allowing the students to do their own thing, teaching?!?!  The school announces that it will be making budget cutbacks, which will affect certain departments including the music program being run by Marty (Henry Winkler).  Voss decides to help Marty, the students and keep the music program alive by saving the day in a very unconventional way.

One of the Studios involved was Happy Madison, which belongs to fellow actor and comedian, Adam Sandler.  Neither Sandler nor James would currently qualify for any Oscars, but through their comedy, they always convey very good life messages.

Hope Springs is a movie about Arnold and Kay Soames (Tommy Lee Jones & Meryl Streep) who have been married for 31 years. Although they are a devoted couple, they follow the same daily routines, do not sleep in the same room and are not very intimate with one another. Kay feels that they have lost their spark and is eager to get them back on track. She enrols them in a week long intense marriage counseling course with Dr Bernie Feld (Steve Carell) in Maine. Arnold reluctanctly joins her and at first, things are very tense, especially when Dr Feld asks them very intimate questions about their relationship
in front of each other. Each day he gives them tasks to do and requires feedback the following day. The first few days are very tense and they spend a lot of time apart and just when a breakthrough seems possible, more disappointment. They return home with Kay deciding to pet sit for a friend, also with the intention of moving on. Arnold realising that his marriage is in trouble makes his move and they are able to rekindle their relationship. A year later, they renew their wedding vows and promise to be more understanding and considerate to one another.

Meryl Streep must surely have the magic touch as she managed to get the ever serious Tommy Lee Jones not only to smile but also to laugh.

I would highly recommend this movie for all adults, as in the rushed times that we find ourselves, we very often forget the small things that make relationships work.