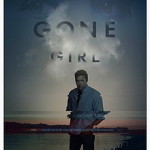 Nick Dunne (Ben Affleck) and his wife Amy (Rosamund Pike) appear to be the perfect couple until they both lose their jobs during the recession and their marriage starts to disintegrate.

They move from New York to Missouri to look after Nick’s ailing mother, who passes away. Things go from bad to worse and Nick becomes unfaithful which Amy discovers.

On their fifth wedding anniversary Nick returns home to find that Amy is missing. The investigating detectives feel that his behaviour is strange, resembling that of a sociopath and he becomes the prime suspect in a possible murder case.

Amy is however very much still alive and has some of her own surprises in store for Nick.

A most enjoyable movie with plenty of twists.