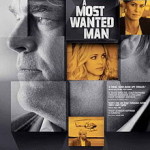 In his last role as a leading actor before his untimely death, Philip Seymour Hoffman portrays the role of Gunther Bachmann, a German espionage agent based in Hamburg who is leading a team that is investigating the Muslim community and trying to get more information about possible terrorist activities, including the funnelling of funds by one of their philanthropists, Dr. Abdullah.

A Russian refugee named Issa Karpov, illegally enters Hamburg and is considered a very dangerous terrorist. He is introduced to a lawyer, Annabel Richter (Rachel McAdams) who puts him in touch with Tommy Brue (Willem Dafoe) whose father was a friend of Karpov’s father. Karpov’s father left a substantial amount of money which Karpov does not want and Bachmann convinces Karpov through Richter to donate the money to Abdullah’s nominated charities in an attempt to catch Abdullah.

A German Security official, Dieter Mohr and an American diplomatic attache, Martha Sullivan (Robin Wright) are also interested in both cases and have their own ideas as to how the situation will play out.

Another great performance by Hoffman. The movie unfortunately moved at a slow pace and was at times quite tedious.