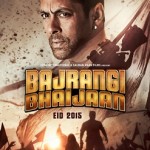 Bajrangi Bhaijaan, the much awaited new romantic action-adventure featuring two of Bollywood’s most popular stars, Salman Khan and Kareena Kapoor, will be released at select Ster-Kinekor cinemas on Friday, July 17. The film’s global release date has been timed to coincide with the start of the celebrations for Eid ul-Fitr 2015, which marks the end of the month of Ramadan.

The film will be screened at the following Ster-Kinekor cinemas: Newtown Junction, The Zone and Sandton in Johannesburg; Carnival City on the East Rand; Forest Hill City in Centurion; Motlasana Mall in Klerksdorp; Gateway, Musgrave and Watercrest Mall in Durban; Baywest Mall in Port Elizabeth and Cavendish in Cape Town.

Directed by Kabir Khan, Bajrangi Bhaijaan revolves around a 5-year-old girl from Pakistan who gets separated from her mother at an Indian railway station. Lost and hungry, she finds shelter at the home of Pavan (Salman Khan), an ardent devotee of Hunuman, a devout Hindu who hails from a robust wrestling family.

Bajrangi Bhaijaan is the moving story of Pavan’s quest to fulfill his promise to unite the child with her parents, against all odds.

Set against the backdrop of colourful Chandni Chowk, the film travels from the heartland of Punjab through the deserts of Rajasthan and over the snow-capped mountains of Kashmir.

Bajrangi Bhaijaan embodies all that is expected of a Bollywood blockbuster – action, drama, passion and music: this is certainly one film not to be missed!

The film is written by Vijayendra Prasad and produced by Salman Khan and Rockline Venkatesh, with the music composed by Pritam Chakraborty. It also stars Harshaali Malthotra and Nawazuddin Siddiqui in the lead roles.

Information and image courtesy of Ster-Kinekor.