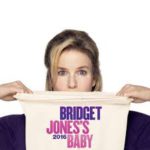 In this third installment of the life of Bridget Jones by the English novelist and screenwriter, Helen Fielding, Bridget Jones (Renée Zellweger) is awoken on her 43rd birthday by a telephone call from her Mom, wishing her a “Happy Birthday” and reminding her that time is running out for her to have a baby.

She then attends a memorial service for her once beau, Daniel Cleaver, who is suspected dead after a plane crash. Her ex, Mark Darcy (Colin Firth) also attends the service with his wife, Camilla. The two bump into each other, exchange pleasantries and then go their separate ways.

Jones had planned to celebrate her birthday with her friends, but all had to cancel due to commitments with their children.

Jones, who is now employed as a television producer, decides to take up her friend, Miranda’s offer to go away for a weekend and they end up at a music festival, where she accepts Miranda’s dare and sleeps with the first man she meets, after accidentally landing up in his yurt after he had helped her out earlier that afternoon. The handsome stranger slips out to get some coffee and when he returns, Jones is nowhere to be seen.

Back to reality and Jones attends the christening of her godchild and discovers that Mark Darcy has been asked to be the godfather and will also be there. The two get chatting, Mark tells Bridget that he and Camilla are getting a divorce. One thing leads to another and Jones ends up in bed with Darcy.

Jones starts putting on weight and eventually discovers that she is pregnant, but is not sure who the father of the child is – the handsome stranger or Mark Darcy.

Her friend Miranda, spots the handsome stranger on TV and they discover that he is Jack Qwant (Patrick Dempsey), a billionaire and inventor of a dating site. They devise a plan to get him on Miranda’s show so that they can get some hair samples for a DNA test. Qwant recognises Jones, they chat afterwards and she tells him that she is pregnant. He is at first taken aback but soon warms up to the idea of becoming a father and jumps into the supportive role.

Jones then realises that she needs to tell Darcy. He is overjoyed at the prospect of becoming a father, but Jones does not tell him about Qwant.

In true Bridget Jones style, she again lands herself in a pickle – who is the father, will there be a happy ending and is Daniel Cleaver really dead?