It was all smiles for the Grand Slam tennis ace, Serena Williams and her fiance, the co-founder of Reddit and author, Alexis Ohanian, as they stepped out on the red carpet at the Met Gala in New York on Monday.

Williams showed off her baby bump in a figure hugging emerald green Versace dress, whilst Ohanian looked very dapper in his suit.

When asked how they were feeling about the arrival of their baby, they both answered “Good”, with Williams adding “We have time”. They have opted not to find out if it’s going to be a girl or a boy and rather wait for the surprise. “We call it baby” chuckled Williams. 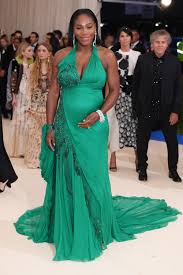 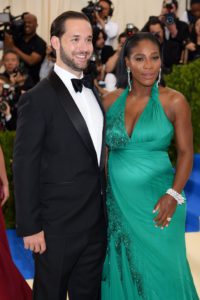 On 26 April 2017, Williams sat down for an interview with CBS co-host Gayle King at the TED2017 conference in Vancouver, Canada.

When asked about returning to tennis once she’s given birth to her baby and taking time off, Williams stated that she always tries to defeat the odds and that everything for her is “mental”, so she’s not done with tennis yet. She said that “This is just a new part of my life. My baby is going to be in the stands and hopefully cheering for me, not crying too much.”

Knowing the 23-time Grand Slam champion as we do, there is no doubt that she will be back with a bang and possibly more hungry than ever for a 24th and 25th Grand Slam title, which will then officially see her being crowned as the greatest tennis player to grace the courts so far. 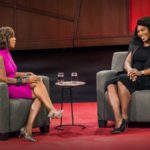 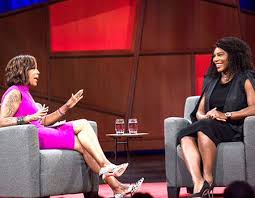