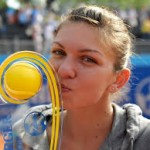 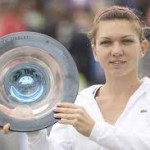 In our first edition of “Getting to know”, we are featuring the up and coming Romanian ladies tennis player, Simona Halep.

At 22, she has already played in 9 WTA finals, clinching 6 titles.  Some of the opponents that she has defeated include current and former Top 10 players, Petra Kvitova and Samantha Stosur.  She recently ended a breakthrough 2013 by clinching the WTA Tournament of Champions title in Sofia, Bulgaria.  Her good run has ensured that she ends 2013 as the 11th ranked WTA player.

She turned pro in 2006 and is known as an aggressive baseline player with a potent serve and ground strokes.

She, along with Sloane Stephens, Eugenie Bouchard, Carla Suarez Navarro & Madison Keys are tipped to replace the likes of Serena Williams, Li Na and Maria Sharapova in the Top 10 and Simona must surely be a strong contender for the No. 1 spot.