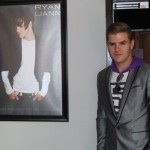 For many years he thought he was the musical catalyst in his family but recently discovered that he most likely inherited the talent from his grandfather who like Ryan would take everything he liked and excel in it.  Neither Ryan’s Dad, Mom or sister are musical although his sister does try to sing the first few lines of “Nothing else matters”.

Since he was young Ryan knew that his life was going to be all about music.  He could not write a song without singing it, so his mother bought him a guitar at the age of 12.  He now also plays the piano, bass and drums.  “I’d love to learn how to play the violin and oh yes, also the bagpipes even though they can be so annoying” chuckles Ryan.

Ryan credits his Mom as being his greatest role model.  His parents divorced when he was 4 or 5 years old.  “My Mom raised us as a single mother.  She had to go through so many things to provide for my sister and I in order to get us where we are today.  She is my biggest influence and most likely the only reason that I stayed on the straight and narrow”.  His family are the most important people in his life.

At school Ryan kept his music private as pupils would often judge other pupils who were musical.  He played rugby, cricket and partook in athletics.  He doesn’t really support a specific rugby team but currently favours the Lions. 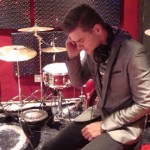 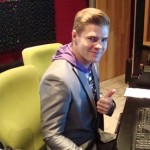 “I love writing my own songs” says Ryan, “because then people can relate to what I’ve gone through and my story”.  He’s not keen on doing cover versions.  He enjoys Metal, Classical and good music and says that he knows very little about Afrikaans music at this stage.  His all-time favourite artists are Dire Straits but he also enjoys the music of One Direction, Maroon 5 and Beethoven.  Most of his songs are written about life, love and people.  He does not find inspiration from being in certain places but will more likely wake up during the early hours of the morning with a tune which he records on his cell phone and later works on.  This is how one of his biggest hits came about.

Ryan has performed with a few bands in the past from metal, punk to pop/rock, but has found that there is too much politics involved and therefore decided to go solo although he has a band that accompanies him now.

Ryan’s debut single “Never meant to be friends” and his debut album “Forever Dreaming” which took two years to complete have been released by Stone Studios International.  Ryan says that the album is about someone showing himself from his heart.  His music is already available on iTunes.  He has Facebook and Twitter (@RyanLiann) accounts.  He started tweeting two years ago but admits that he didn’t know much about the social networking until a friend helped him post photos and an acoustic video of “Do you remember” which then went viral. 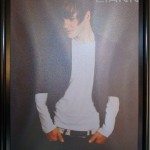 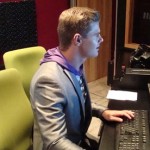 When Ryan is not making music or singing, he enjoys skateboarding, swimming and trampolining and especially loves spending time with kids. He, alongside his manager and label, is very excited to be working on a project that involves performing at schools across the country in the near future.

Ryan says his schedule doesn’t allow him much time to date.  His life consists mainly of music which he believes makes a difference and if he can make someone smile 2000 kms away, then he feels that he has achieved something.

He says he has received several marriage proposals.  He finds that many fans have a misconception about South Africa.  Some ask him why he’s white.

The overseers at his record label, Stone Studios International, especially Cindy, Delicia and Rudi keep him grounded when the moments get too big. 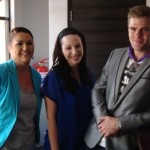 With 58 700 followers and counting on Twitter remember the name Ryan Liann because he is certainly going places.

For more information contact Cindy or Delicia at Stone Studios International on (011) 021 5503 or cindy@coltron.co.za or delicia@stonestudiosintl.com.