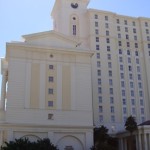 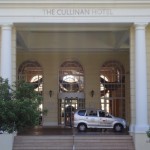 The Southern Sun Cullinan Hotel (which is part of The Tsogo Sun group) is situated in the heart of Cape Town and is a stones throw away from the V&A Waterfront, the ICC and various other landmarks and attractions.

This hotel which opened its doors in December 1998 has and continues to host local and international visitors including some sporting teams, Government officials and celebrities.

We were invited to tour the hotel and the first thing that caught my eye was the professionalism displayed by the staff.  Everyone was friendly and keen to assist.

Our first treat was a demonstration by Georgio Meletiou on how to open a champagne bottle using the “Sabrage” method.  This French tradition is widely used at ceremonial occasions.  The blunt end of the sword is slid across the body of the bottle and breaks the entire neck of the bottle, leaving the base only and ready to pour.  The cork and collar will remain together after they have been separated from the neck.  We got to taste some first class Graham Beck champagne and to add to that some sushi and other delicacies that they had prepared for us. 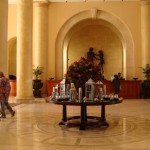 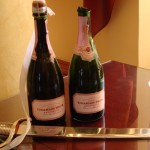 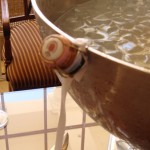 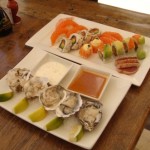 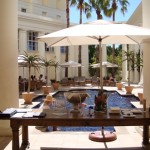 Next up was the laundry room which according to Shelley, the head of the Household services, is the “heart and soul” of the hotel.  The Cullinan Hotel is only one of two Southern Sun Hotels that already have a laundry room erected.  There is a continuous hive of activity in this area.  The Cullinan Hotel are involved in various charities and amongst other things, donate linen and towels to those less fortunate.

Chef Lindsay Venn met us in the dining room where he had some “Masterchef” fun in store for us.  We were all handed Chefs hats and aprons.  The object of the lesson was to beat egg whites until they were thick enough, then to tilt the bowl on top of your head without everything falling out.  Despite some nervous moments, no one ended up with “egg on their face”. 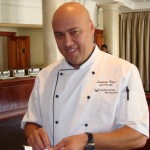 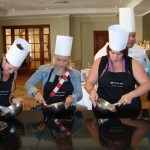 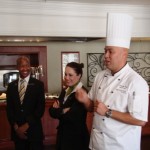 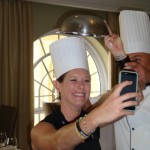 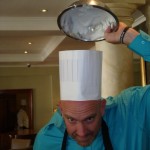 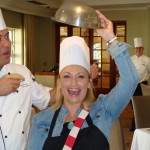 There are two sections to the main dining room with a curtain separating the front and back where privacy is required.

The Cullinan boasts a total of 394 rooms.  The room that we visited has its own lounge suite area, bar, TV set, queen size bed (the hotel offers various size beds depending on the accommodation chosen) and an en suite bathroom.  Along with this the hotel offers porter service, free WiFi, 24 hour room services, wake up service, direct-dial phones and tea and coffee machines. 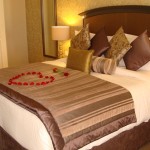 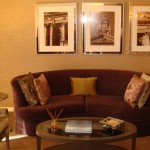 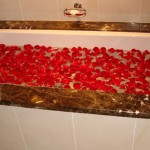 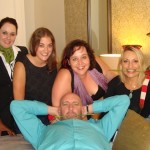 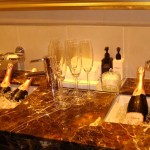 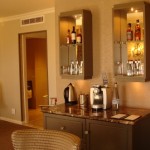 The staff had one last surprise in store for us.  Our tour guides took us downstairs to the bar area.  In a separate room and for our enjoyment were various types of candy, popcorn, cold drinks and a chocolate machine with marshmallows.  We certainly felt as though we were in “candy heaven”. 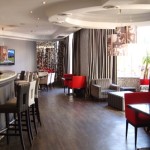 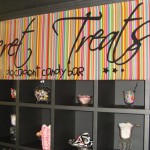 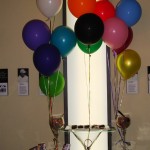 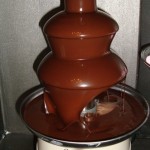 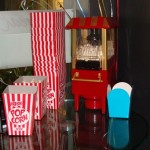 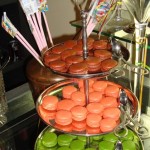 I do find it quite surprising that The Cullinan Hotel is only rated as a four star hotel as they certainly offer five star service!  Well done to Garry Reed and his team!

For more information contact The Cullinan Hotel on (021) 415 4000 or e-mail them – sscullinan.reservations@tsogosun.com.